According to polling data gathered by a queer dating app, a staggering 45 percent of queer men in America are planning to support President Donald Trump for reelection in November, according to the Daily Wire.

A survey conducted by international queer dating app Hornet found that 45 percent of around 1,200 queer American male respondents said they plan to endorse Trump in the upcoming election.

Hornet noted: “Of the 10,000 men Hornet surveyed, 12% identified themselves as U.S. citizens. Of those 1,200 American men, 51% answered they would be voting for Joe Biden in the upcoming presidential election, while 45% — just shy of one-half — said they would be casting their ballot for Donald Trump.”

Though “queer” was once a derogatory term for gay men, it is now largely used as an identifier for people with sexual preferences or “identities” outside of being “cisgender” or homosexual, the Daily Wire reported.

“Queer men to forgo their morals this November with a thumping 45 per cent vowing to back Donald Trump,” the outlet tweeted.

Queer men to forgo their morals this November with a thumping 45 per cent vowing to back Donald Trump https://t.co/KdOlo0Bfp4

The findings among queer American men were not consistent with what the poll found globally, with 66 percent of respondents supporting Biden, while only 34 percent backed Trump.

The report continued: “Mapping out support for Trump, the poll found that across Hornet’s global 10,000 users, queer men on almost every continent other than Africa supported Biden more than Trump, across a spawning margin of 54 to 25 per cent.”

Taiwan and Russia were the two countries found to show queer male support in favor of Trump over Biden, according to Pink News.

Last month, former Acting Director of National Intelligence and Ambassador to Germany Ric Grenell, who is openly gay, declared in a Log Cabin Republicans video that “President Trump is the most pro-gay president in American history,” the Daily Wire reported.

“My name is Ric Grenell. I’m America’s first openly gay cabinet member,” Grenell said in the video, The Daily Wire reported. “As a United States senator, Joe Biden said gay people couldn’t receive security clearances because we would be a security risk. Joe must have been terrified when Donald Trump appointed me as Acting Director of National Intelligence. The fact that I’m gay didn’t even faze Donald Trump; Joe Biden certainly didn’t congratulate the appointment or even acknowledge it. But his silence was deafening.”

“President Trump has done more to advance the rights of gays and lesbians in three years than Joe Biden did in forty-plus years in Washington,” Grenell added. “For four decades, Joe Biden has attacked the LGBT community; as a U.S. senator, Biden supported ‘Don’t Ask; Don’t Tell’ and the Defense of Marriage Act. Biden voted to cut off federal funds to any school that teaches acceptance of homosexuality. Biden said again and again that he was against marriage equality.”

Though Biden is still leading in the polls against Trump, the numbers are much closer than many anticipated. Biden is currently leading in the popular vote, while Trump is on track to reel in enough electoral votes to be elected in November. 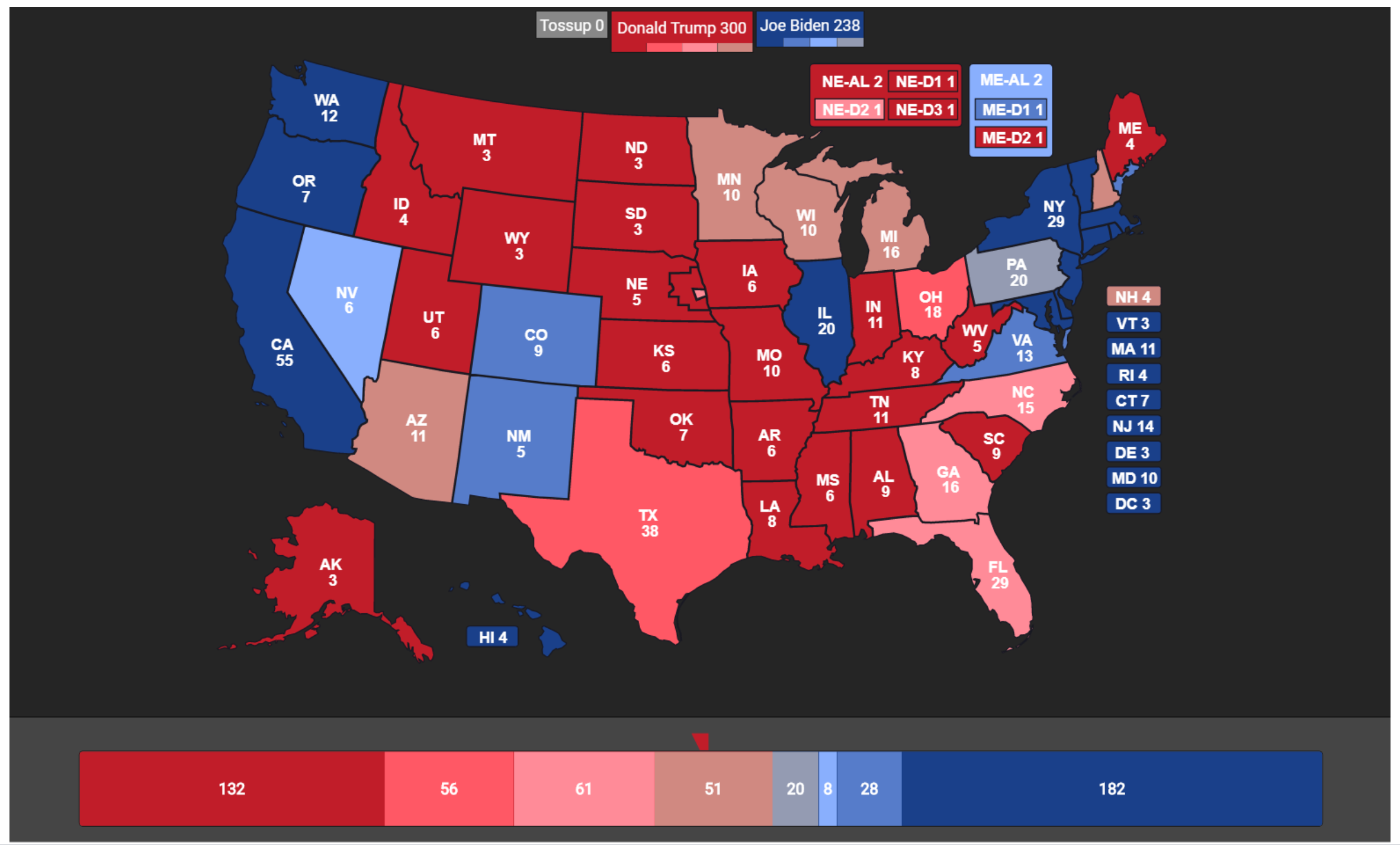